Grand Rounds of the New Year

Grand Rounds is up at Musings of a Distractible Mind.  The theme is things that explode.

This last week I received over 60 submissions for Grand Rounds and included 26. This decision came after sharing some Carl Jungian vibes with Kim at Emergiblog and receiving the blessing of Nick Genes of Blogborygmi. Kim has since received a great deal of attention for her critique of the swelling Grand Rounds. According to the comments, the idea’s a hit and things may change. Next week’s host, Dr. Anonymous, has already thrown down the gauntlet:

This may be my last time hosting Grand Rounds, and I may get a lot of flack (and all my future submissions may be rejected). But, hey, I’m the editor and I’m deciding what’s in and what’s out this week. Being included in Grand Rounds is not an entitlement; it’s not a right; it’s a privilege.

Whether you agree or disagree with me, my vision next week is to put the best medical STORIES (ie – first hand anedcotes) out there for people to read.

As a host I had plenty of resources and support but as an editor I was unsure about what I could and couldn’t ask from fellow bloggers. I’m offering this post as an example of how I approached the problem of writing letters to the authors and helped a few posts that were almost there get over the edge. Accepted, rejected or edited, I sent over 80 emails and received only one response that was not enthusiastic or understanding. From this, I have to assume that people are open to the idea of constructive criticism.

If you’re an author, please don’t be put off by this. As Susan pointed out to me, “editing is also an act of love, and also a compliment on the part of the editor who spent so much time on your work.” I couldn’t have said it better and hope it’s a sentiment that every author who’s asked for edits takes to heart.

Permission was granted from Susan and the Angry Medic to show the emails below. END_OF_DOCUMENT_TOKEN_TO_BE_REPLACED

Hello there! I am A Very Famous Historian and I welcome you to the Grand Rounds. From a field of over 60 submissions, 26 authors have been chosen to seek the Grail. It will be a dangerous journey full of peril and death may await with nasty big pointy teeth. We shall see if anyone makes it out of these woods….alive. Feel free to traipse past all quotes.

A point of disclosure: Kim has written a provocative piece about how a famous historian should edit Grand Rounds for quality and content and it has informed my every decision. I have decided to change the title to Two Bloggers, Two Voices, One Opinion. On second thought — she’s a witch and we should burn her! [everything in italics will have sound in a separate window] END_OF_DOCUMENT_TOKEN_TO_BE_REPLACED

Call for Submissions, a second time 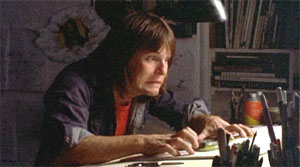 Heading into the weekend I have received 10 submissions for this week’s Grand Rounds, leading me to believe that the medical writers have all suffered heart attacks. Not to worry; this may advance the plot.

Nicholas Genes has the PreRounds interview posted where I answer the following questions:

The deadline for carefully considered entries is Sunday at 11:59:59pm. Please send submissions to rumorsweretrue@gmail.com.

Thank you, A Very Famous Historian

P.S. Anything submitted on Monday would have to be fantastic. Tuesday is right out.

I’ll be hosting Grand Rounds 03.08 on Tuesday, November 14th. Your entries will be carefully considered up until midnight on Sunday the 12th, after which they will be roughly considered. The theme shall include coconuts, a murderous rabbit, and the oppression inherent in the system. Come brave a bit of peril as we search for the Holy Grail.

Please send all submissions to rumorsweretrue@gmail.com

Thank you, A Very Famous Historian.

P.S. Grand Rounds is a weekly collection of the best writing within the medical blogosphere. It is compiled entirely by volunteer submission, so anyone can participate. The archives can be found here. If you would like to host in the future, you must be chosen by the Lady of the Lake.

P.P.S. Anything submitted on Monday would have to be fantastic. Tuesday is right out.

I remember getting up early on Sunday mornings to watch The Human Body on PBS. I remember watching blood shoot through vessels on a microscope, bundles of sticks dancing inside cells as they split in two, and sperm swimming furiously. I remember seeing the “Miracle of Life” Nova special and being absolutely mesmerized.

I remember skinning my knee as a small child and asking my Dad how a scab forms. Sitting there, watching him put the band-aid on, I was waiting for a story about the clotting cascade and other interstitial magic. He answered, “The blood dries and you have a scab.” I was incredibly disappointed.

As a kid, I never knew that I wanted to be a doctor. I was pretty sure that I didn’t want to be one, but I knew that I loved science. My family knew it too and encouraged me. I still remember a Thanksgiving dinner when I was waist-high to the adults, walking around, desperately asking everyone if they wanted to know how clouds created lightening or why the sky was blue. I had memorized the explanations from the fantastic book “Ask me Why?” and they were worth more to me than gold. I don’t know if he remembers it, but after watching several of my aunts turn me down with “not now”, my uncle Laurence (MD) indulged me. I always liked him after that.

I don’t remember there being many science role models. There was Donatello (the smart Teenage Mutant Ninja Turtle cartoon character) and there was Beakman and Bill Nye the Science Guy (the adult cartoon characters). Sure, you could watch them and marvel at the greatness of science, but I never wanted to grow up to be anything like them. And that’s where my father comes in again.

My parents couldn’t agree on which movies were appropriate for me to watch. My father was by far the more lenient and I would sneak into the den to watch rentals with him. My first memory of a such a “sneak peek” was THE FLY. This was my introduction to the greatest film actor alive:

If I could have been anything, I might have become a physicist or mathematician. The logic, the rules, the exploration of things you can’t see but can prove are real has always been incredibly attractive. I have books on math and physics that I read for pleasure, two of my heroes are Feynman and Erdos, and I’m certain that Isaac Newton was a genius without parallel. So I feel really bad when I convince a kid that he has eleven fingers. I’ll explain.

Working with kids as patients, I try to make them comfortable with jokes and tricks. I have different tricks that I can do like float my thumb, pull my eyebrows and lips around with invisible string, etc. One of my favorite tricks, though, is the eleven-fingers trick. Here’s how you do it. END_OF_DOCUMENT_TOKEN_TO_BE_REPLACED

Beginning in Pathology, you begin to learn about some horrible diseases. You don’t know that they’re horrible, not really, since you haven’t seen someone with them. And medical terminology being what it is, there are some pretty nasty things hiding behind relatively innocuous words. E.g.

In Duchene Muscular Dystrophy, a child is born that will die around the ages of 18-24. Symptoms don’t appear until around the age of 3 when the kid is walking. The parents will tell the doctor that their son is walking around on his tip toes, his calves are enormous, and that he seems unstable. Whenever he falls over, he has a very strange way of getting back up (Gower’s maneuver). Eventually, this child will lose the ability to walk and the disease takes over his hips, shoulders, and spine leading to scoliosis.

Now all of that is pretty straight-forward-horrible. But then they throw in this gem: Contractures develop. Two words to describe a focal muscle tightening that will twist someone’s son into a shape that noone can unstretch. Contractures. END_OF_DOCUMENT_TOKEN_TO_BE_REPLACED

the rumors were true
Blog at WordPress.com.
Loading Comments...